I realized I had better update on last weekend before this weekend rolls around! Our Friday and Saturday were mostly relaxed, we watched WAYYYY to much Dance Moms (Randy is now OBSESSED) and did some shopping, spent a chunk of our afternoon at Barnes and Noble with a bunch of local authors who were signing books (I now I have a much larger Christmas list) and then….

My sisters got me an AMAZING birthday gift, some tickets to see Justin Moore and Brad Paisley. So Randy and I got in our flannel and boots (Randy wasn’t sure about this part..) and headed up to USANA for the big night!

In a word, it was absolutely AMAZING.

Mickey Guyton opened and she was really fun and had a beautiful voice.

Then. Justin Moore. And wow. He was AWESOME. Bait A Hook, Point at You, Til My Last Day. He just killed it. He was yelling at us for not having enough energy, and told us if we promised to give him 110% of our energy, that he would give us 110% of his energy right back! Well, we did, and he sure did.

Can I just say, he was such a fun concert. There was every single song that I wanted to hear, Cosmo and the Ute mascot made an appearance and even hugged it out, funny videos (Brad Paisley as a bobble head celebrity), serious videos (Perfect Storm had this incredible light show that almost made me cry…) a Mario Kart race, a *fake* FaceTime visit from Carrie Underwood, and Whiskey Lullaby with Mickey Guyton that made me DIE. All in all, it was the most outstanding concert and Randy even had fun (he’s not much of a country fan so I was a little worried.) 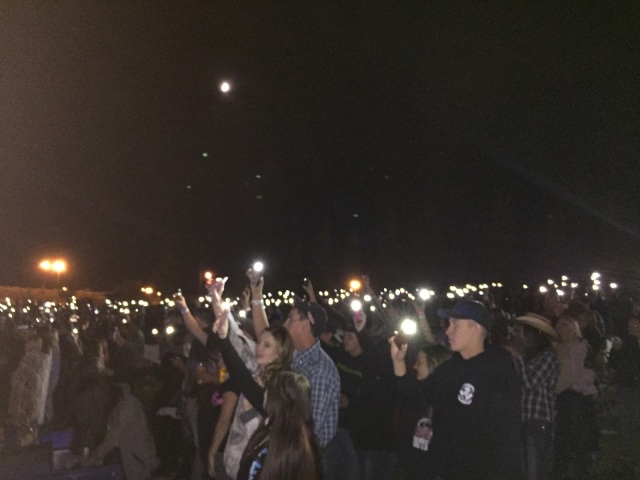 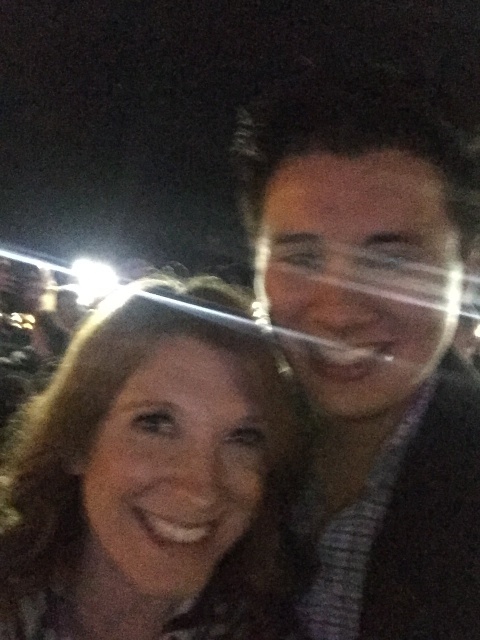 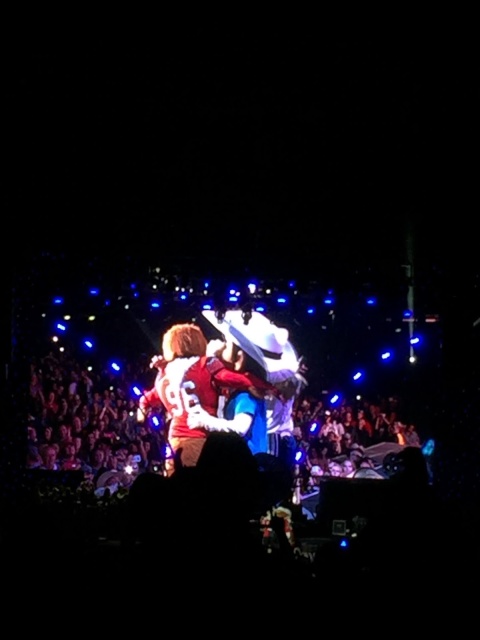 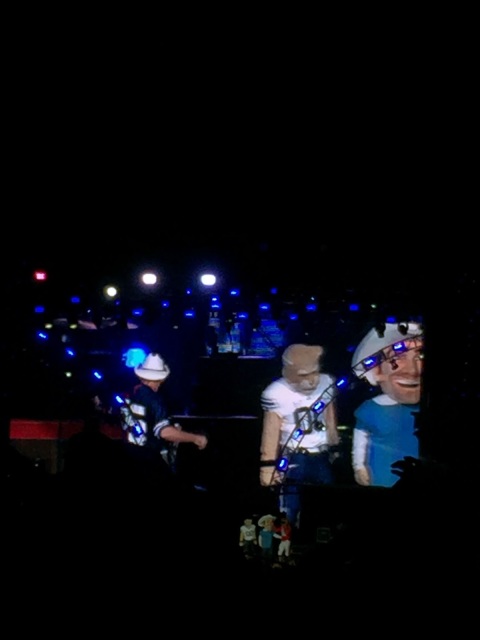